World Baseball Softball Confederation (WBSC, formerly known as International Baseball Federation "IBAF") showed its support to this inaugural event, will send two international clinicians to Hong Kong and run a Women's Baseball Clinic on 1-4 July 2017.  To further promote baseball to girls/women in Asia and build the awareness of upcoming WBAC. 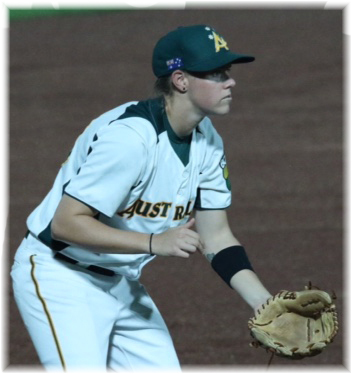 Laura has been coaching for 13 years, this year she stepped up at the pitching coach for the New South Wales Women's Youth Team and was the head coach of the Kookaburras Women's Touring Team that won silver at this years Hong Kong Phoenix Cup.

Laura has a down to earth approach, with a sharp baseball mind and a keen desire to share her knowledge and help others grow. Laura's versatility not only makes her valuable on the field, but provides her the variety of skills that have lead her down the coaching pathway while still at her peak as a player.

Being a national player since 2010, Ayako was awarded MVP in the 2010 Women's Baseball World Cup, most valuable defensive player in 2012, IBAF the most valuable female athlete in 2010.  She did a baseball clinic in New Zealand in this February.